The story of Philipp Moritz Fricke

From the stage to the lab 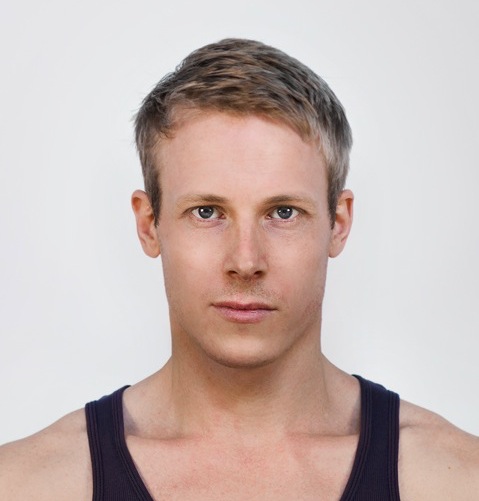 Philipp Fricke graduated from the Rotterdamse Dansakademie in 2003. Hij danced with several companies in Germany and Holland. Choreographers that he worked with are a.o. Anouk van Dijk Bruno Listopad, Krisztina de Châtel en Leine & Roebana. After a dancing career of more than ten years he decided to start a study in 2012.

Philipp…
In October 2012 I started studying Biology at the University of Münster in Germany. This study will take several years.

What is it that you love about dance?
Before I started my dance training at a very late age I admired the control that dancers have over their bodies. The ease with which dancers move through space. I was a very physical child that always liked to try out different sports. What I enjoyed about dance was that it is was about aesthetics of the movement rather than about reaching a certain goal of higher, further, faster no matter how it looks. Obviously I was also attracted to the idea of performing on a stage for an audience. But this was more of a fear/joy experience. A little like diving into cold water.

Would you share one of your career highlights?
What I most enjoyed during my professional years as a dancer were the international tours which took us to Japan, China, Australia, Russia, USA and basically every country in Europe. The best one was a three month tour with a small, but great crew of the dance group anoukvandijk dc to the United States and Australia. One of many highlights was the performance of our quartet at the Sydney opera house. Thinking about those days makes me nostalgic.

What was your transition process like?
To make the decision to leave the dance world took me several years. I always postponed it by telling myself to just do one more last upcoming interesting project or international tour. I was very afraid to change my comfortable surroundings in which I was respected for what I could do with a new place where I still had to proof myself capable. Luckily I was and still am performing in two successful shows that are shown every other month. Like this I didn’t have to leave my old life entirely just yet.

What has been your greatest challenge?
My greatest challenge so far has been not to give up my studies. Sometimes I get overwhelmed by the pure quantity of things I am still supposed to learn. It may sound banal but to just keep on going saved me so far. It may be in small steps, but it doesn’t matter at what pace you move, it matters that you move. It feels strange at times that everybody around me is about fifteen years younger than I am and in a totally different period of their life.

What are you up to now and how did you wind up going this direction?
I am studying biology at the university of Münster in Germany. I grew up in a family that was very interested in science. Also during my time at high school science subjects came the easiest to me. I don’t really have a master-plan yet to where I want to go. I simply chose this subject because I find it interesting. In my opinion that is the most important reason to choose a path.

What qualities which you developed as a dancer are useful in your new career?
I did not expect this but I think there are certain skills that I have learned in my dance profession that help me during my studies. The most important is discipline mixed with perfectionism. I can work very focused and spend more time on my preparations for an exam than the average student. Also I noticed that memorizing useful facts about my studies is not that different from learning the steps of a new movement phrase.

What did you learn from the transition process and what information/advice can you pass on to other dancers facing transition?
I would advise others that if there is something they have an serious interest in to go for that idea. Every big change in life is scary, but to not do something because of fear is never a good reason. In case someone decides to study something very different from dance I would suggest to start reading a little here and there to get into the subject. Get some very basic books about your course of interest and get more familiar with the matter.

Why do you think it’s important that dancers can get support during their transition?
Unless you belong to the 1% that continues dancing for a lifetime, dancer have to face the time that follows their professional career. This is a very hard period because we have to start a new education or profession at an age in which others have already established a craft and network. Overcoming the fear and diving into something totally new is hard enough without having to worry about making a living. Having the financial support of the Omscholingsregeling provides the chance to see this inevitable step as an interesting opportunity to learn something completely new. There are times when I am very grateful that I have the opportunity to have more than one career in my life.